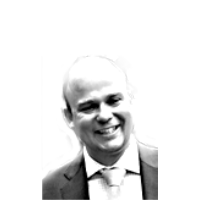 A Shropshire boy through and through Dave has an encylopeadic knowledge of artisan spirits and also loves a drop of red!

Dave grew up in Lilleshall with the Addison’s warehouse as his playground. So when, at the age of 22 after studying Agriculture in Wiltshire followed by a spot of travelling in Zimbabwe, his father JH suggested he might try his luck in ‘the family firm’ he thought now that sounds like an offer he couldn’t refuse!

He was a natural from the start and grew Addison’s on-trade portfolio substantially during his years ‘on the road’. Covering Shropshire and its bordering counties he became well-known for his easy and friendly sales patter - which obviously involved a good amount of time sampling the wares he was selling! Many of the customers he wooed back in the 1990’s are still loyal to Addison’s today and are a true testament to the genuine, no-nonsense approach that Dave has.

Nowadays he is less ‘out on the…’ but more ‘overseeing the…’ road. His focus is on championing Addison’s core values whilst keeping the company relevant to consumers evolving tastes and trends.

Looking at the ‘bigger picture’ as some call it. Never far from the golf course or a sailboat he still fits in some regular wine sampling.